Since we’re on the cusp of Halloween, I thought I’d write a bit about what frightens me in the world of sex and the sexual imagination.

When I tell most vanilla folks I write about kink, they almost inevitably go straight to the scariest places they can imagine. They ask me, “What about rape? How about bestiality? And pedophilia? Why don’t you write about necrophilia?” Set these people thinking about non-conformist sexuality and they feel compelled to talk about acts that involve non-consenting partners.

The flip side of the Dead Baby Bunny types are those whose primary turn-on is trying to be as extreme and scary as possible. They look for message boards for kinks like cannibal play (a consensual roleplay that mimics but does not involve actual eating of human flesh) and start talking up a storm about how extreme they are. They pretend that they want to do it “for real” but never seem to show up for a play party. Their Fetlife profiles boast of how far out they’re willing to go, but most of them, according to Sir Guy Masterleigh, are just empty blowhards.

Another phenomenon is the “freak fucker,” a term I heard from supersized fat activist Heather Boyle Nymeyer. “These guys say, ‘ I’ve fucked an old lady, I’ve fucked an amputee, now I want to do a really fat woman.’ ” Freak fuckers are distinct from those who truly have a deep visceral attraction to fat or a lifelong devotion to amputees. The FAs and Amputee Devotees I have interviewed have an emotional, psychological and even spiritual attraction to the objects of their desire. Their kink has many dimensions. They see the objects of their desire as better than ordinary folk. But freak fuckers treat their partners, some of whom are emotionally and socially vulnerable, as less than human, as just a notch on their freak trophy belt. It’s really not much different from the predatory behavior of someone like Harvey Weinstein. Now there’s the REAL monster. 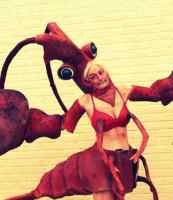 Katharine Gates has been collecting niche erotica since 1992. Her publishing company Gates of Heck was known for offbeat collaborations with artists like Annie Sprinkle (Post-Porn Modernist Playing Cards, 7 Men Inside Katharine), Joe Coleman (The Book of Joe), Gary Panter (Facetasm) and Art Spiegelman (The Narrative Corpse.) The first edition of Deviant Desires was published in 2000 by Juno Books. In 2006, Gates curated the year-long exhibition KINK:Geography of the Erotic Imagination at Museum of Sex in New York City. She has appeared on countless TV documentary shows such as HBO's Real Sex, BBC, and Discovery Channel. Her kinkmap has been published in College Sexuality textbooks. 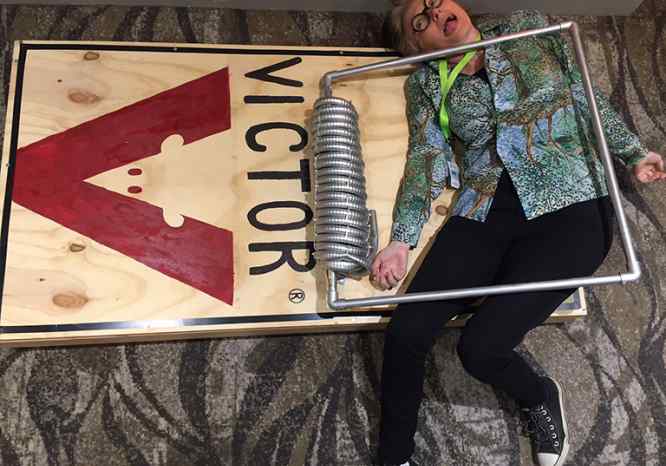 SizeCon: A Big Impact on a Small Community

The internet has been a boon for people with niche kinks: unlike previous... Read more

A form of body expansion that focuses in on the growth of the nose, Pinocchio-... Read more

Katharine Gates is the smartest/sexiest/bestest/freshest/coolest/funniest sex researcher in the universe. This book is brilliant. thoroughly entertaining, and super-outrageous.

Finally someone has done something sexualy-oriented that is truly original. I dare you to read it and not get turned on!